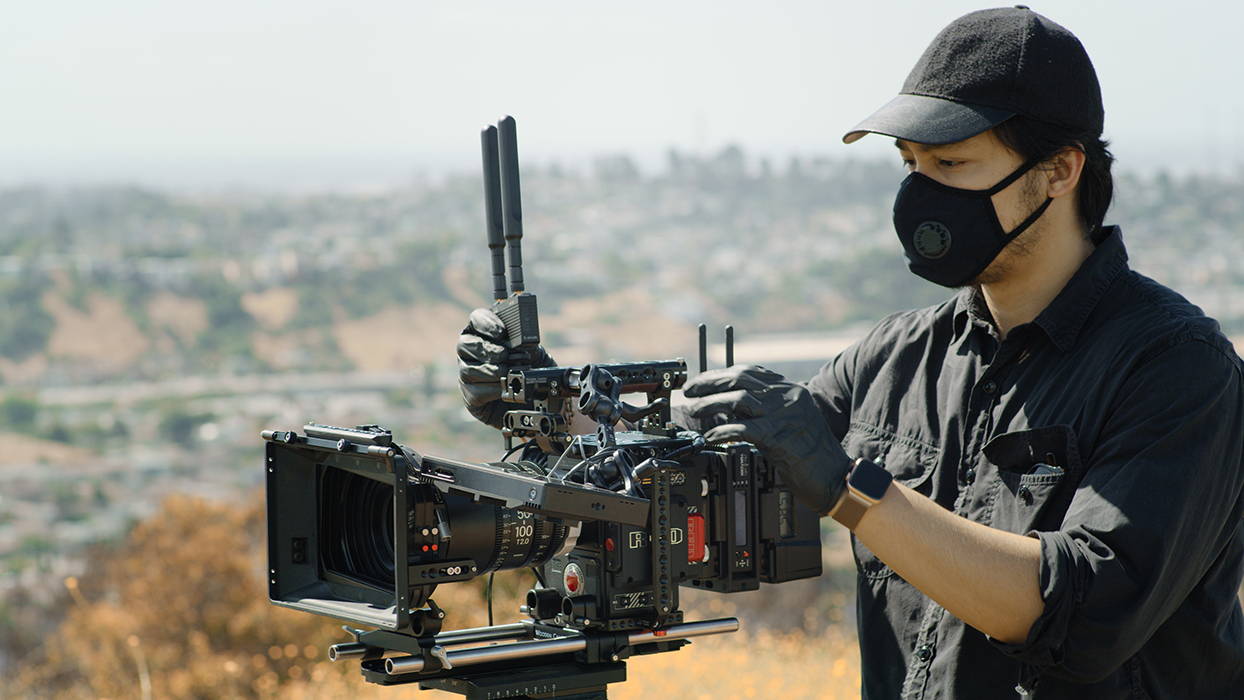 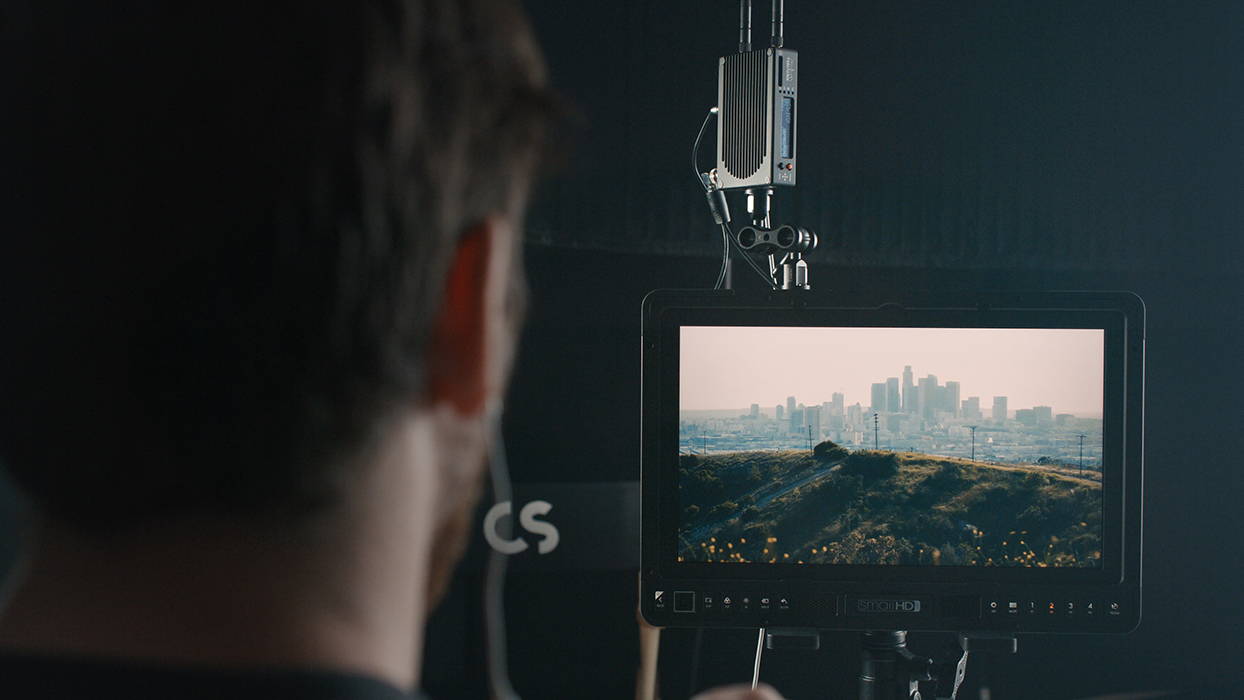 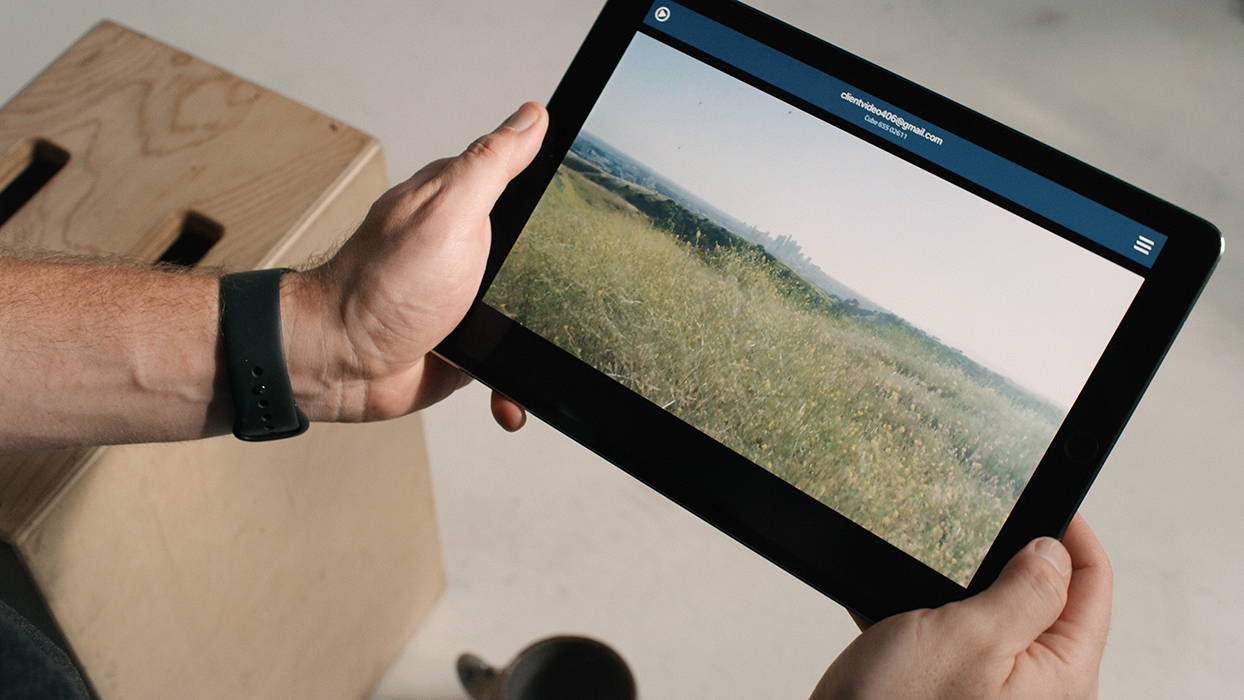 Hear From Crews Back in Action

Filmmakers and productions are eager to return to set, or have been returning to set in some countries. But how will they operate with new social distance and safety requirements and what tactics are they using to film? Read more about the stories of those who are back on set as well as articles on how this is impacting production workflows.

"We kept the crew very lean, so no need for any special permits for filming in the areas we were filming. We made sure we all were wearing masks on set and we drove separately to all different locations. The key to making the shoot happen was having the Teradek 1000 with the 703 Bolt. This allowed me as the MoVI operator be able to successfully get all the shots I needed while Josh who was directing was able to watch what was happening from a safe distance. Plus, we learned the new key to all productions now isn’t gaff tape, it’s been replaced by hand sanitizer, and lots of it!!" - Will M.

"PERG just released guidelines that we’re implementing and enforcing. Productions have been hiring medical teams, sanitation teams and washing stations. As for our studio spaces we’ve been really careful about crew size and have been able to set up our smart locks so that crew can only go certain places in the building, and have to stay properly distanced
It’s still a learning process, but hopefully all the effort will allow us to avoid outbreaks and keep working." - Redman Movies & Stories

"No special permission this shoot was in Indiana. LOTS of prep, safety, medics on set, PPE, and social distancing! Bonded remote viewing was amazing and worked flawlessly - first time using it. No more video villages on set anymore, too easy for people to gather. Used combo of SmallHD’s with built in Bolts and Serve Pro for viewing. Going to give everyone individual SmallHD focus Bolts next time. Will be wild with 12 of them on set!!" - Kevin G.

"We are shooting in Arizona next week, so we were just prepping here at our office. We are all masked and keeping a 6 foot distance whenever possible! No makeup on our set so we don’t have to worry about that either. 703 Bolt is coming in extra handy so I don’t have to have anyone looking over my shoulder and stepping into my comfort zone" - John N.

"That was a non union shoot for a Covid-19 and because it was on private grounds I had to sign a lot of forms. We made sure to stay 6 feet apart, cleaned our hands, wore mask and kept our crew small to 3 people. I was grip, lighting, audio and DP. I currently own the Teradek Ace 500 and that was major for my director to see the image from a distance and not be over my shoulder on the SmallHD focus 7. I have the Canon C200 and EOS R so I wanted to have an affordable HDMI only wireless setup." - Peter C.

"We filmed an interview for a watch factory. Very very very closed set. Everybody needs to be at least 5 meters from the actor. I’m totally wireless. And the light will be set 5 hours before someone from the factory comes. And yes, you guys helped us a lot. 2x Bolt 1000 TX RX + sidekicks. Cine7 Bolt for me. We have to wear masks (of course) and use hand sanitizer. For the next project which is a feature film we'll be using 2x 703 Bolt for the director and DP, Serv Pro for the crew and my 503 and a sidekick for me." - Maskiims D.

"Regarding shooting in this 'new world', I have a couple of thoughts. Regarding gear: On set the primary production monitor can become a base camp of sorts for all the people looking over my shoulder. I’m foreseeing more spread out video village set-ups in the future. And that of course means more Teradek receivers!

Regarding reality TV: I am very lucky to be a part of shooting several popular Reality TV shows. I’m anticipating a lot of adjustments regarding how things are shot. Nobody can be certain what 'reality' means anymore and will it all change back by the time things get edited and delivered for air?

Regarding crew meals: The big crew meal fold out table scenario is over for sure. On the last set I worked on, right before the “Stay-At-Home” order dropped, everyone brought their own lunches and ate them in their cars. Say goodbye to that classic bowl of M&Ms everyone picks from.

Regarding getting to set: One weird side effect is everyone has been showing up super early to sets in Los Angeles. LA traffic has conditioned us over the years to leave double the time you think it will take to make your call time. It’s kind of nice to have those extra minutes to get set up and stretch, and maybe even grab a coffee!" - John D.

"I’ve worked on a few projects throughout quarantine. I have a pretty strong client base in the Healthcare Market so as things with Covid-19 started to unfold they reached out to me wanting to put out CEO messages, thank you messages to the community, safety videos, etc. There has been a lot of shooting in hospitals for me recently but luckily for me I’m an owner operator so I usually work with a small crew to begin with so that was to our advantage. Other precautions we took were things such as keeping our gear and cases only on our carts, not letting anyone else touch the gear except me and my crew, wearing face masks all the time and and other PPE when necessary. We put extra emphasis on shot lists and storyboarding to minimize our time on set. Film Florida also put out a Covid safe production guide that we tried to follow very closely.

This particular shoot that I posted about was our first project that we worked on that was not a Covid related message. It was a TV commercial for a new orthopedic practice that just opened. I brought in a crew that was larger than what we had been working on but still small in comparison to most commercial work. We all took on extra responsibilities to keep our numbers down.

This was a two day shoot, Days 1 was in the Ortho office shooting Doctor/patient interaction stuff and then Day 2 was lifestyle stuff like you saw in my post. During preproduction I spent a lot of time on the phone with the Doctors office assuring them that we would be operating in manner that would minimize risk to their staff, patients and my crew. I made sure to ask if there were any extra precautions that they would like us to take to stay within their office policy. As a crew we asked everyone to bring in their own snacks and refillable water bottles as we were not going to have that stuff available during the shoot, and for lunch wI ordered pre-packaged box lunches to keep contact with each other to a minimum. For the lifestyle day I made sure communicate with the state park administration so that we followed their guidelines as well.

I rented the Teradek for this shoot for several reasons. One, it’s a critical piece and great with a larger production like this where the client and my director reviewing the shots to make sure we are on track with the script and story board. The added side benefit is that we don’t have a bunch of cables running all over set getting contaminated by the ground and everybody touching them so they don't trip. I’m pretty bummed I have to send it back." - Michael L.

New Challenges and Guidelines for Productions

How are some productions filming?

Learn about our remote monitoring solutions